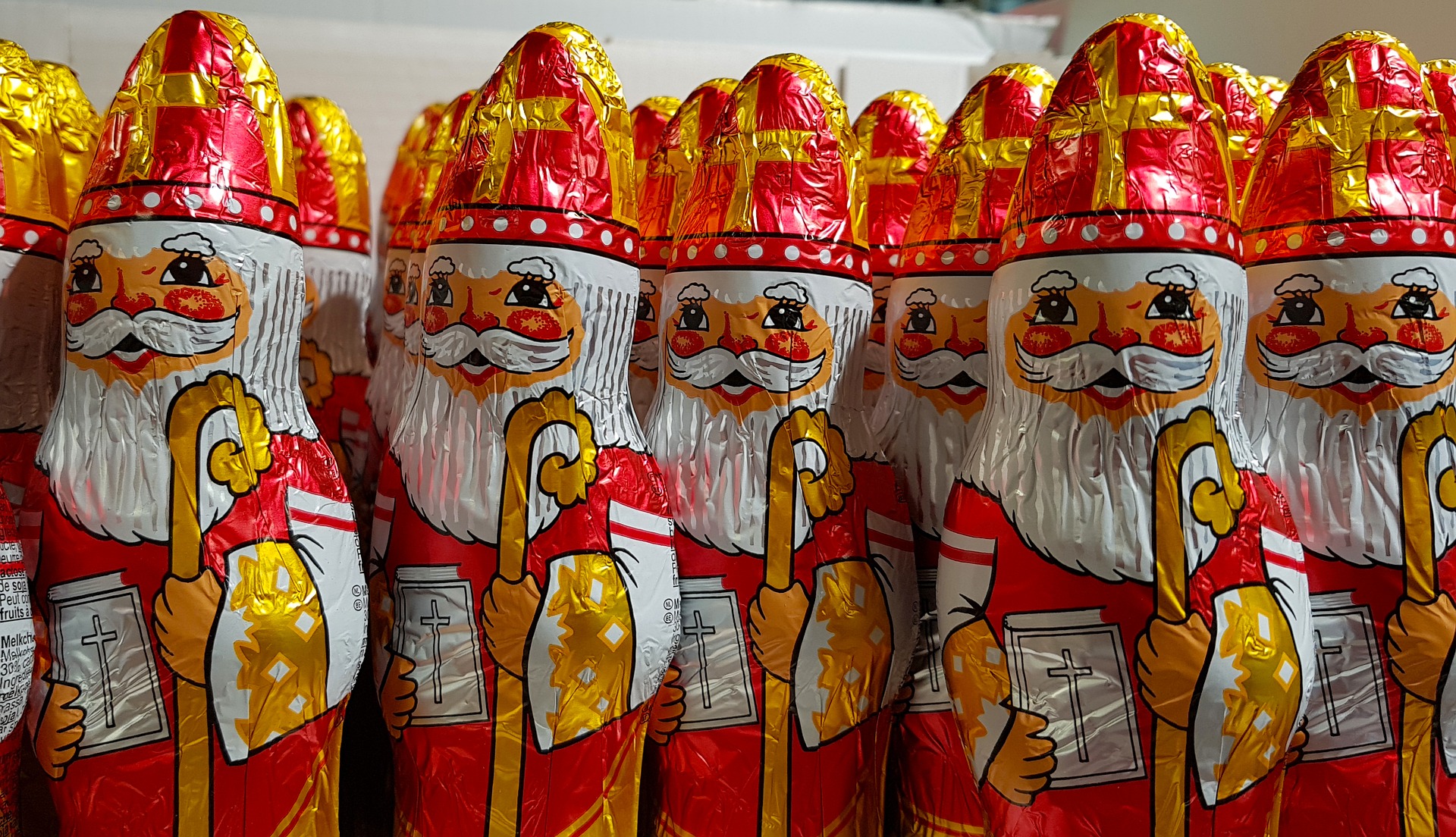 People who are new to the Netherlands are often suprised by our Sinterklaas tradition. Who is this apparently immortal man with the grey beard? Why is he so popular? What is the controverse surrounding the Sinterklaas festivities? How do we celebrate Sinterkaas this year?

Sinterklaas was a bishop who lived in Myra in the 3rd century. Myra was at that time situated in Greece and nowadays in Turkey. Sinterklaas is the patron saint of children.

Somehow, we don’t exactly know when or why, the then already mystical figure ‘moved’ to Spain. He comes to the Netherlands en Belgium each November to leave after his ‘birthday party’ that is celebrated on December 5th. In real life Sinterklaas passed away on December 6th. You can already see that there is a lot of mystification around the bishop.

The popularity of Sinterklaas

From the moment that he arrives in our country children can place their shoes under the chimney. Sinterklaas rides over the roofs on his white horse and his helpers put small presents in the shoes through the chimney. The horse eats the carrots that children leave as a thank you.

Between arrival and departure of Sinterklaas we eat speculaas (comparable to ginger cookies) and chocolate. Many children get a chocolate letter in their shoe as one of the small presents.

On December 5th entire families come together and celebrate Sinterklaas with presents, poems and mystery gifts. Sinterklaas is a long-standing tradition yet in the past decades his younger (and derived!) brother Santa Claus has gained popularity.

Sinterklaas comes to the Netherlands accompanied by Piet. Piet is a controversial personality as he used to have a negro appearance. Moreover, Piet is not one person, there are many Piets to assist Sinterklaas.

Many Dutch people say that this is just a tradition and that Piet got his colour due to climbing in and out the chimneys. It is not a tradition that is meant to have a discriminatory effect, so they say.

However, nowadays there are many people who believe that Piet should be abolished or at least should have different looks. In most cases Piet now only has sooted smudges on his face, to underline that he climbed through many chimneys.

The discussion about Piet is fierce, the contradictions are great. We hope that one day we will celebrate Sinterklaas in a way that is acceptable and nice for all inhabitants of the Netherlands.

Sinterklaas will even be celebrated during the pandemic. However, the advice from the Dutch government is to celebrate it with the smaller family and maximally three people that do not belong to the household. The party will be much smaller but yet many families will be very excited on Saturday night!

Covid-19 vaccinations in the Netherlands

Give your international knowledge workers a head start!